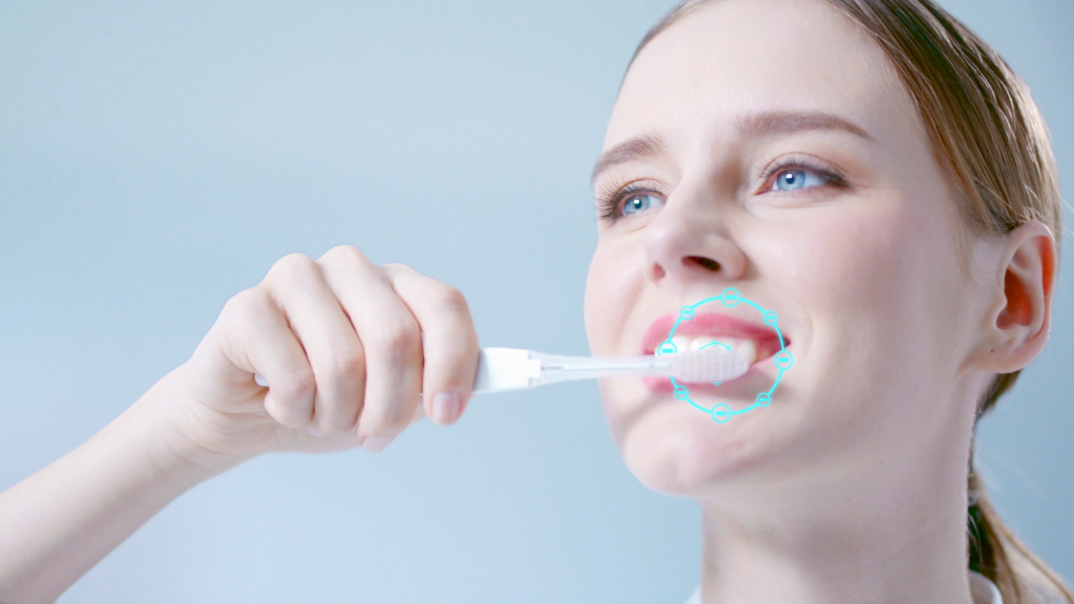 EFFECTIVENESS OF AN ELECTRONIC TOOTHBRUSH (hyG) ON GINGIVITIS
...Finding suggest that improvements in gingivitis might be expected through charging gingivital tissue electronically in addition to mechanical plaque removal by toothbrush itself.
1993 Kasai S. ET AL., Kyushu Dental College

PILOT STUDY TO EVALUATE AN IONTOPHORETIC TOOTHBRUSH TO REMOVE PLAQUE
Results and conclusions:
Both plaque grading methods revealed a percent difference in favor of the hyG treatment. The six selected tooth surfaces employed in the PHP index support the conclusion that the hyG brush is superior in plaque removal to an ADA accepted brush (Butler Gum #440).
1991, Bieswanger, B., DDS, Oral Health Research Institute Indiana University School of Dentisty

AN EFFECTIVENESS STUDY OF ELECTRONIC TOOTHBRUSH (hyG) IN PLAQUE REMOVAL
The electronic toothbrush (hyG) was much more effective in plaque removal than the ordinary toothbrush in all the subjects...The effectiveness of the electronic toothbrush can be expected even if there are differences in brushing techniques. The most valuable results in this study were seen at the cervical region...the hardest place to clean.
1990 Study, Tokyo Dental College

THE EFFECTIVENESS OF AN ELECTRO-IONIZING TOOTHBRUSH IN THE CONTROL OF DENTAL HYPERSENSITIVITY
The object of the investigation was to test the value of the 3M Brand Electro-Ionizing Toothbrush in the treatment of dentinal hypersensitivity. Eighty-eight volunteers were divided into three groups, each using different methods: (I) stannous fluoride dentifrice and 3M brush without a battery; (II) stannous fluoride dentifrice and 3M brush with a 1 1/2 volt battery; (III) strontium chloride dentifrice and 3M brush without a battery. The volunteers brushed their teeth for 3 minutes twice a day for 12 weeks using one of the three test agents. The subjects were tested at weeks 0, 2, 4, 8, and 12 by means of a cold water spray quantitated by a temperature probe. All three groups experienced improvement and by week 12 groups II and III displayed much less sensitivity than did group I. At the end of 12 weeks the subjects were questioned as to benefit of treatment. The questionaire revealed that stannous with the ionizing brush provided significantly greater relief than did the stannous fluoride alone.
J. Periodontal June 1982, P.353-9 issn 0022-3492
Johnson R.H.;Zulgar-Nain BJ; Koval JJ;
J. Peridontal ISSN 0022-3492

HYPERSENSITIVITY CONTROLLED BY IONTOPHORESIS
Collins found an 87.5% decrease in hypersensitivity in his active group and a 22.8% decrease in the control group.
Producing iontophoresis of fluorides in daily oral hygiene by the use of an electronically charged toothbrush could open the way to even greater benefits from the use of fluorides in dentistry. Since it has been shown previously that topical fluoride has a certain, although limited, effectiveness in alleviating hypersensitivity, the increase of effectiveness under the influence of an electronically charged toothbrush is suggestive evidence that this device increases the deposition of fluoride on, or within, the tooth.
From available evidence it seems unlikely that fluoride would reach the pulp in sufficient quantities to have any adverse effect.
. . . pathological studies of tooth pulps after iontophoresis of fluoride have been described in two recent reports.
. . . all pulps were regenerated completely histologically.
. . . histological examinations revealed no evidence of any permanent pulp damage.
. . . enamel pore wall is negatively charged . . . facilitating the penetration of positively charged ions (cations) and resisting the penetration of negatively charged ions (anions). Thus, the penetration of fluoride, which is the most negative ion normally is resisted by the enamel.
The fact that similar charges repel and opposites attract . . . if the negative charge of the enamel is temporarily reversed to positive the amount and depth of penetration of negative ions (fluorine) is facilitated.
. . . a majority of subjects in the active group reported a new feeling of cleanliness in their mouth, similar to having their teeth cleaned by a dental hygienist.
. . . various other oral processes may be affected, such as the deposit of calculus.
. . . use of an iontophoretic toothbrush resulted in the removal of protein matrix and free calcium adhering around the teeth, and the removal of putrefied matter coming from inflammation.
. . . no undesirable side effects were noted after two years of continued routine use.
1964, Jensen, A. L., University of California, College of Dentistry

DESENSITIZATION OF HYPERSENSITIVE TEETH
The teeth can be charged with a positive electrical potential by means of a battery while fluoride is being applied. Since fluorine is the most negative of all ions, iontophoresis may be employed as a practical method to increase penetration or deposition of fluoride in the dental enamel and dentine.
. . . an (electrical) potential low enough to be considered safe for continued use.
. . . electrical potential of the magnitude delivered by the iontophoretic toothbrush appears to be safe for daily use. Lefkowitz reported using a potential five hundred times greater . . . than supplied by the brush without damage to the pulp. There was no apparent damage to the soft or hard tissue of the oral cavity.
Home care . . an affective treatment by simply brushing teeth with a fluoride dentifrice and an iontophoretic toothbrush.
. . . an exceedingly potent therapeutic means of relieving hypersensitivity.
1962, Collins E.M., Loma Linda University, College of Dentist 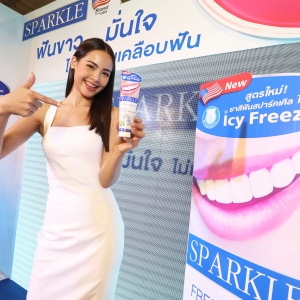 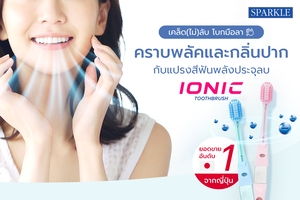 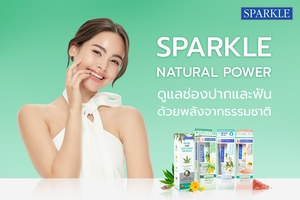 Taking care of your teeth and mouth with Sparkle Natural Power